Margaret Hepburn Citizen of the Year 2019 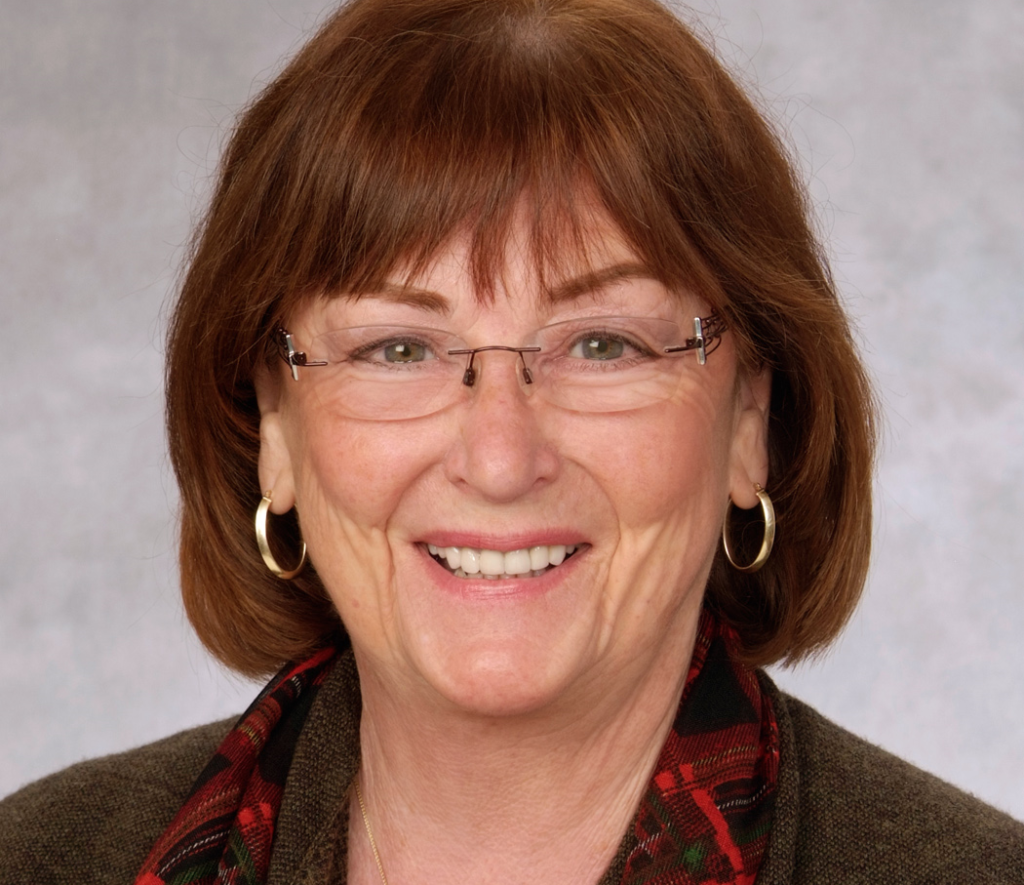 A native of Scotland, Margaret Hepburn had never heard of Sierra Vista, Arizona, before getting a job as the CEO at Sierra Vista Regional Health Center in 2005. According to Hepburn, her desire to help the most number of people motivated her career choices. “I always wanted to be a nurse when I was a child.  I went into nursing and just progressed from nursing into CEO roles.  The words I live by “making a — difference”   — that truly was why I always took a promotion. I thought I could impact more people and make a bigger difference by having a bigger job.”

Though her own personal leadership and drive has rendered many important development possible in the Sierra Vista area, Hepburn is a leader who primarily focuses on others.

“She appreciates the needs of others, applauds their successes, listens to their concerns and celebrates their life events,” wrote Ruth Britton, a colleague of Hepburn, of Hepburn’s selfless personality. “She acknowledges people for their ideas and their tenacity in looking to improve the lives of others as well as their own lives.”

With letters of recommendation on her behalf coming from the current, immediate past, and founding board chair of the Legacy Foundation of Southeast Arizona, it is easy to see that Hepburn’s natural approach of leading by example is part of what has made the Legacy Foundation so successful.

​Brian Barkdull, the current board chair, wrote: “It became clear to me early on that Margaret was a person of strong character and deep experience. But, more than this, I could see her innate passion for her community through her vast healthcare experiences. She truly does care.” He also notes that many of the contributions she makes to the foundation and overall community are not always realized due to Hepburn’s humble nature.

These developments were all formed with the Legacy Foundation’s vision in mind: “That Cochise County and Eastern Santa Cruz will be the health and wellness model for the nation. To that end, “adds Hepburn, “I want to continue to collaborate with others to identify unmet health needs and design funding, education, and support strategies to meet those health needs.”

Despite her influential involvement with large-scale projects such as the creation of Canyon Vista Medical Center, the conversion of the old hospital into the Cochise College Downtown Center (which houses the nursing and health science programs), and formation of the Legacy Foundation’s grant-giving body worth $60 million promoting community health, Hepburn is equally invested in any number of smaller endeavors that improve residents’ lives daily.

Hepburn goes above and beyond in her leadership roles. She doesn’t merely point out problems, but finds innovative solutions; doesn’t only provide means for other to help themselves, but acts as a continuing mentor and guide.

“Margaret hit the ground running by bringing a vision to the Board that opened our eyes to a future of so much more than granting money to local groups,” wrote founding Board Chair Ron Wagner. “Under her leadership, the Foundation has quickly become one of the most dynamic organizations in Cochise County supporting our most needy and deserving citizens through their ever-growing programs and outreach.”

Hepburn continues to enjoy her work with the Legacy Foundation, especially interacting with local nonprofits organizations, and plans to stay settled and continue to help better the health and lifestyles of southeastern Arizona for as long as she can. ​ 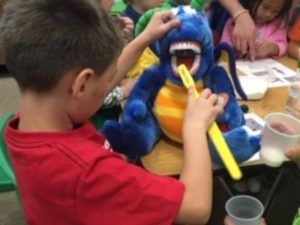 January 4, 2019 Board members and staff of the Legacy Foundation of Southeast Arizona enjoyed a visit to a local elementary school watching first graders learn about healthy drinks and 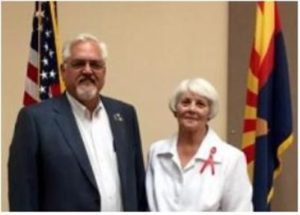 Ruth Ann Britton, a member of the Legacy Foundation Board of Directors, is the 2015 recipient of the Governor’s Lifetime Achievement Award for Volunteer Service. Established in 2002 by the